MoringaPowder.com has been educating the public about moringa since 2009 after Justin stumbled across the amazing super food on a backpacking trip to the Philippines. Here’s Justin’s story about the day he first discovered Moringa:

After several months of travelling, my nutrition was severely lacking. Most notably, I was developing problems with my vision and immune system. Even a coral scrape I received wasn’t healing as fast as I thought it should. I was clearly showing signs of Nutrient Deficiencies.

At the time, leafy greens and veggies we are accustomed to in the US (lettuce, spinach, broccoli etc.) were virtually impossible to find the Philippines, even at the major grocery stores within Metro Manila.

I had to figure out what the locals were doing meet their nutritional needs.

That’s when I discovered “Malunggay” the Filipino word for Moringa.

I’ll never forget the little lady who first turned me on to Moringa. I was perusing her fruit and vegetable stand, hopelessly searching for lettuce, spinach or anything I recognized when the store keeper approached me.

“This one! The best.” the delightful old lady named Rosalina said while handing me a bundle of Moringa leaves still on the branch.

“This one! The best. Pacquiao’s secret weapon!”

This was only days after Pacquiao had knocked out Ricky Hatton to become the first boxer to win a World Title in six different weight divisions.

“Malunggay. Very healthy. You eat it.” She said, simply plucking one leaf off the branch and eating it.

The “Malunggay” worked on me as promised. I added it to omelettes and soups and felt better than I had in a very long time. Rosalina’s story that it was “Pacquiao’s secret weapon” even turned out to be true (!). Still to this day the “Fighting Pride of the Philippines” eats a big bowl of Chicken & Malunggay soup before every fight. Like Manny, I too became hooked on Moringa and I’ve been a regular customer to Rosalina’s fruit and veggies stall ever since (she’s still going strong!). This was just the beginning of my incredible, decade long Moringa journey. I’ll always be grateful to Rosalina’s extrasensory perception to know exactly what I was there for that day and immediately revealing the most nutrient dense food in the World to me, or as she called it, “Pacquiao’s Secret Weapon!”

A Business Born Out of Compassion

After researching and learning about the many healing properties of moringa (or Malunggay in Tagalog) Justin immediately phoned his brother Alex back in the United States to let him know he may have found something to help with his Psoriasis, one of the many ailments moringa has been known to help address. However, the moringa Alex was able to find back in the states, while providing a nice energy boost, did not quite do what he had hoped to help alleviate his inflammation.

Meannwhile, Justin had decided to move to the Philippines full time and not long after Alex booked a flight to Manila to see his little brother. After eating raw moringa that can be purchased in bundles at the local grocery stores in Manila, Alex immediately realized that not all moringa is the same. The stuff he had been purchasing for $10 on Amazon  was nothing like what he was eating in the Philippines. Justin and Alex realized that in order to bring the many healing qualities of moringa to the U.S. marketplace, they would have to do things differently from other moringa suppliers. It was this moment that Pura Vida Moringa was born.

For the next two years the brothers set out to find the best moringa they could find and help introduce it to America. They knew they had to find a climate similar to that of the Philippines, but closer to America. Freshness was going to be a huge factor and shipping from India or Asia via a 40 day journey by boat would be unacceptable. They also agreed that their moringa had to be directly sourced and single origin. Being able to visit the farm to know exactly where the moringa was coming from was paramount.

Sourcing from a farm that treated its workers well was also paramount. While Pura Vida Moringa would be a “For Profit” company they refused to profit off the backs of child labor or voiceless workers with the inability to strike or unionize, and that these workers must be paid a fair and living wage. This search eventually led them to the beautiful city of Leon, Nicaragua.

Just like Pura Vida Moringa, the farm their moringa is sourced from is family owned and a pillar of the local community employing up to 90 team members at any given time. Workers are given one month vacation per year, one month of severance pay for every year they work at the farm and receive a 13th month bonus every November. The brothers knew this would mean they wouldn’t be able to source cheap moringa to sell at a high profit, but that never was and never will be the spirit of Pura Vida.

The farm itself could not be a better place for the cultivation of moringa. Based at the foothills of a nearby volcano, the soil is rich in minerals and nutrients. From the way the moringa is harvested, cleaned, dried and air-shipped to California to be packaged, every step of our process is of the highest quality you can find. Pura Vida Moringa is proud to say that their moringa is the purest moringa, most potent Moringa on the market. 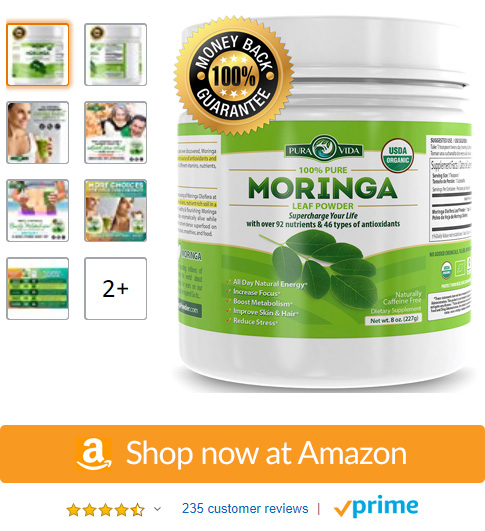 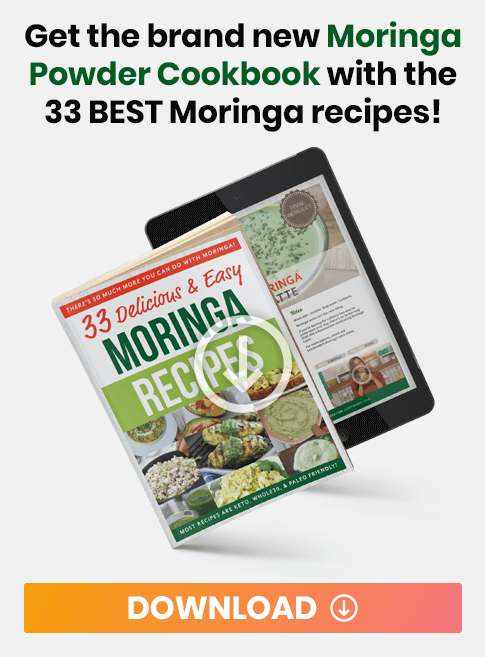 ABOUT US
Thank you for visiting the #1 Moringa resource site since 2009. We started this blog to educate the World about this miracle plant and we're so humbled to have you here today. We've spent 10 years learning about Moringa so you don't have to -- if you have any questions, don't hesitate to ask! And we hope you give our products a try!
© Copyright 2018 - MoringaPowder.com